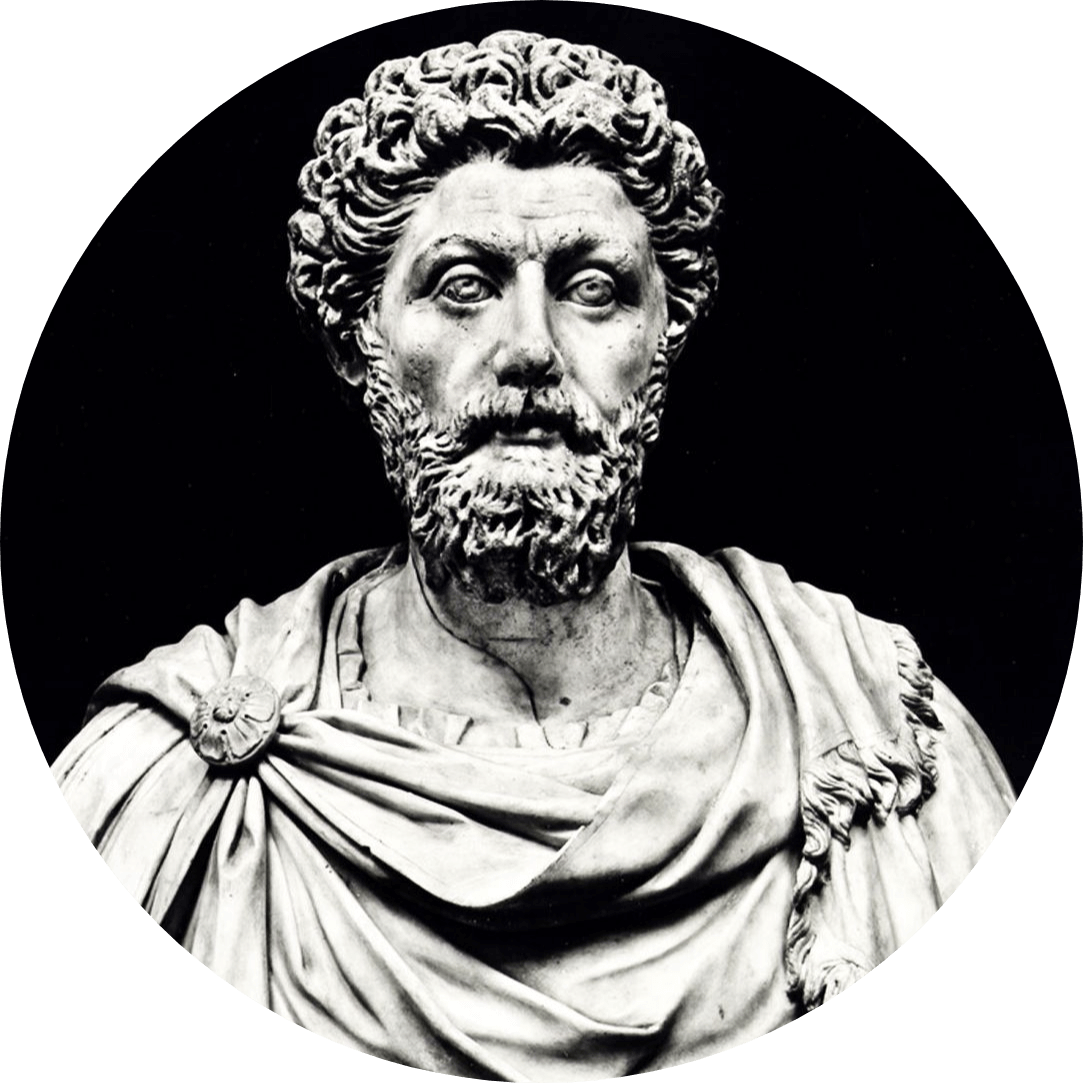 Salve! My name is Marcus Aurelius. I am an emperor from the Golden Age of Rome. In the previous lesson Seneca has taught you 5 laws of how desires delude you. Today we will learn how to overcome them.

I would like to share with you my personal story. Emperor Antonius Pius adopted my brother Lucius and me and, after his death, we became ruling as co-emperors.

We felt great responsibility and set our hearts on fulfilling the duty of wise, honorable ruling.

We shared a common interest in rhetorics, military art, and both studied Stoic philosophy in our youth.

But as the years passed, our values and moral standards grew further apart.

While I was dedicating increasingly more time doing politics, gaining essential knowledge of Roman law, and absorbing books on philosophy, my brother enjoyed the fruits of the luxurious life of an emperor.

Very soon, he became notorious for his self-indulgent, hedonistic lifestyle, throwing wild parties, one of which cost approximately the equivalent of an entire legion’s yearly pay.

Despite experiencing the highs of all the wild parties he threw, Lucius suffered from the lows, the painful consequences of his desperate chase for short-term pleasures.

He failed to experience a deep, lasting sense of fulfillment, which can only be obtained by living in accordance with our core values and realizing inner potential.

Before he had a chance to turn his life around, my dear brother Lucius passed away uttering the dying wish to live more for his friends and family rather than for himself if he had his time over again)

Most of us - like Lucius - are fully aware that hedonism sets us on the wrong path; however, pleasures can be tricky and sometimes do sound very promising in their sweet talks.

Quite often, after the very moment of relapsing into a bad habit or desire, we highly regret doing that and swear to never indulge in it again.

But unfortunately, we very rarely uphold these promises.

Make a list of unhealthy desires and habits that bring the most problem to your life. Try not to identify yourself with your desires. Instead, think about them as voices within you (like sirens in the odyssey). Which voices are the loudest and sweetest?

So how do pleasures manage to trick us again and again even though we fully understand that giving ourselves into pleasures excessively becomes a formidable obstacle to our happiness?

They manage to deceive us by making desired objects appear in a highly compelling way.

It is as though feelings of pleasure and strong desires are telling us, “This is good!”

They are also finding their way to convince us that they are less harmful or it is not really a big deal to act on them just for this time.

To expose their delusive appearance, we have to resort to the central stoic principle: It is not things themselves that make us crave them but our underlying value judgments about impressions of those things.

The impression of the desired object, be it curves of an attractive woman, the tasty smell of delicious food, is presented to us along with the value judgment, “That is good.”

We give assent to the value judgment underlying impression and trigger a desire for that attractive person, delicious food. By this point, “That is good” transforms into “I want that.”

As soon as desires start spiraling out of control, we either begin fantasizing about the things we crave by vividly imagining the affection of that person, the taste of that food, or talk about them using emphatic language that inflates our own desires even further.

"I want that" turns into “I would die for that roasted meat. It must taste like heaven"; "Her body looks so tempting. I cannot wait to strip her naked."

As a result, desires become stronger and blind us, so we cannot see that there are other ways of viewing the things we crave.

What kind of unhealthy desires or habits did you allow to deceive you recently? Describe what kind of fantasies you have and how you talked to yourself when desires started overcoming you?

Since you are the one who ultimately chooses to assign value to things that look inviting, it is in your power to withstand temptation by changing the way of looking at things you crave.

To neutralize the delusive effect of strong desires, you must get to the heart of the desired object and penetrate through it, so you can see it for what it really is.

Just as talking about the things we crave in a language that excites our desires, describing them as objectively as possible helps us quiet them down.

Imagine yourself as a natural scientist exploring and examining properties of an observed phenomenon: with greater objectivity and detachment to understand what this object is really made of.

“I’d die for that roasted meat. It must taste like heaven" turns into "[Your name] wishes a body of a dead animal that went through heat treatment."

"Her body looks so tempting. Can't wait to strip her naked" becomes “[Your name] wishes sexual intercourse, which is just merely the rubbing together of body parts followed by a convulsion and the ejaculation of some mucus."

The things people crave are often nothing to get excited about if viewed from that perspective.

Prepare yourself to resist desires in the future. Write down how you usually describe desired things to yourself and restate them using more objective language.

This should be your practice throughout all your life: when things have such a plausible appearance, show them naked, see their shoddiness and strip away their own boastful account of themselves.

See you in the next lesson, where we'll dig deeper on how to become the best version of yourself!

Roman Emperor (161–180), best known for his Meditations on Stoic philosophy. Marcus Aurelius has symbolized for many generations in the West the Golden Age of the Roman Empire. 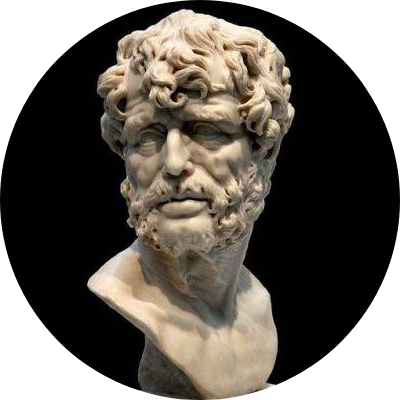