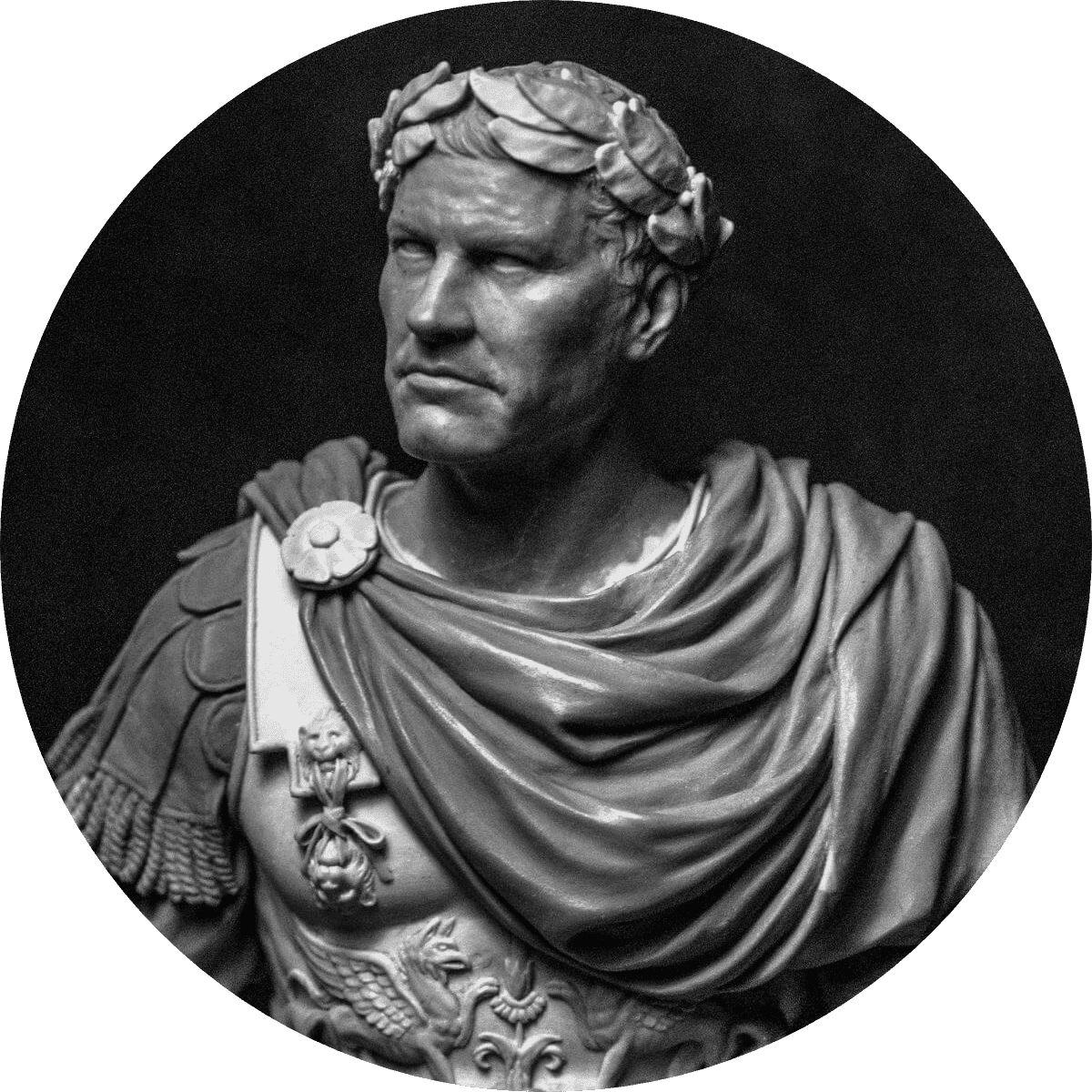 Hello, my friend! Here's Julius Caesar, a dictator and general from Ancient Rome.

When it comes to doing a few things simultaneously, I am probably the most famous person. However, let us clarify what that legend truly means.

It doesn't really mean that I can write, think, command my army, and eat my dinner at the same time. I don't even know who created that myth of multi-tasking. It's a huge mistake, to be honest, as by doing that many things at once, you lose focus and perform poorly.

However, some things important to us can be done simultaneously. But primarily not by yourself.

For example, in my case, the Roman army was training and becoming more effective, but it didn't require my physical presence. I delegated it to my centurions and commanders.

When I was reading the book, Rome was renovating. Again, it wasn't me who was building. I ordered and paid some price for that, so others can do that while enjoying some other activity.

The same with passive income, when I was spending some excellent time with Cleopatra, my gold was multiplying by being invested in the new Roman provinces.

Let's think for a while, what can be that kind of simultaneous activity that can be done when you are enjoying your everyday life, and that would make you far better off?

Early on, when I was an ordinary soldier, I would do all kinds of errands. But as time passed, I grew in my power. I was aware of how valuable my time is, how much my hour is paid for, and that I shouldn't waste it on activities with less money value if I don't like it.

I remember a funny situation when I was already a very prosperous Roman statesman, and my mother asked to help her with some garden work. Of course, I love spending time with my mother, but my current job worth 50x more money than a service of a garden worker. So I suggested that we hire a group of gardeners and instead go for a nice vacation with my mom. She was so happy.

Most of us are actually blind to this kind of cost. We would spend an enormous amount of time doing something we don't know how to do properly, allegedly trying to save some money or time. However, these resources have their opportunity cost.

So it's better not to waste your time on things that can be done by someone else (ex. when you can pay for services like gardening or cleaning). It is wise not only in terms of giving more time to what you love. You can use the hours you saved for things that have a greater impact on your life (financially as well), like studying a new skill.

Think for a while, what was the last situation when you spent your time or money on something you could have easily bought? Why didn't you delegate it and do something pleasant and preferred instead?

Maybe it was cleaning the room or going shopping when you could easily pay a slightly higher price for the food delivery?

I suggest that from now on, you, my friend, would keep track of those opportunities and save your energy for more important things, what people like Ceasar are supposed to do. Don't be greedy; you buy more than you think: your freedom to do what really matters.

Julius Caesar was celebrated general and statesman, the conqueror of Gaul (58–50 BCE), victor in the civil war of 49–45 BCE, and dictator (46–44 BCE), who was launching a series of political and social reforms when he was assassinated by a group of nobles in the Senate House on the Ides of March.